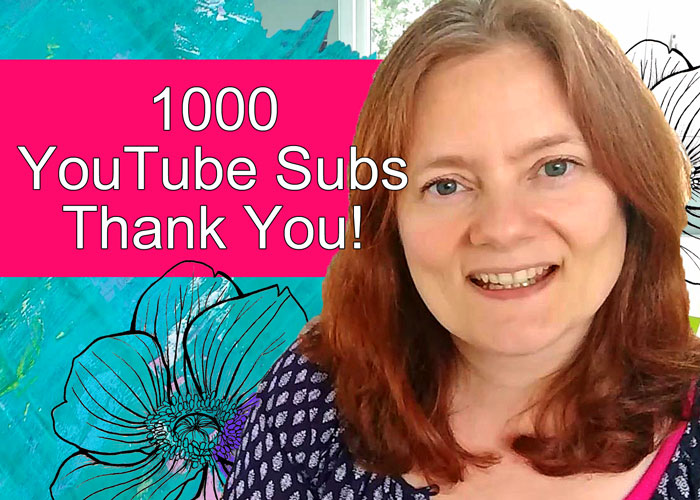 I don’t believe it! I have over 1000 subscribers over on YouTube! Thank you so much to all of you who watch my videos, subscribe to my channel and leave me comments and likes too, I really appreciate it and as a thank you I have had a go at my first VLOG-style video. Oh Boy!

The topic is a behind the scenes look-see into my freelance designer work day. Yesterday’s (10th August 2017) workday actually! So if you have ever wondered what I do or perhaps you are interested in being a freelance designer too, then you might enjoy my video share today!

The topic was suggested by Michelle Short, who I know you all know from her YouTube Channel The Card Grotto, but if you don’t you really must go visit and subscribe! I also want to give Ruth Andrews a shout-out too for her topic support so that is another YouTube channel to watch too!

And if you are interested in the cameras I use for videoing then read under the video! I don’t actually mention any of the tech in my video but you do see it!

VIDEO: 1000 Subs Thank You and a Day In The Life of a Freelance Designer

[There are some affiliate links in this blog post, so if you buy through them I do get a small amount of money at no extra cost to yourself. Thanks for your support!]

The Cameras I Film Videos With

So I will let you into a not so secret, secret! I use two cameras to film my videos and compared to many YouTubers they might be considered a bit Lo Tech! Let’s just call them budget shall we? I have a rather old Canon IXUS 220HS, if you are in the US then it is called a Canon PowerShot ELPH 300 HS. This is my main video camera.

Then I film my b-roll (get me with the filming lingo!) with my smartphone, which is a Motorola 4th Gen, yep, I am android! You can get this phone in the US as well if you are interested. So b-roll is things like my side shots and panning shots, where I move the camera over the art journal page for example. I also film my to camera roll, they are the shots of me jabbering on film, selfie-style, with my smartphone as it is just easier to be able to see myself and none of my other cameras have flip-out screens.

I didn’t use my stills camera in the video but as we are talking cameras then you might like to know that my third (!) camera is the Canon sSLR 1000D which is sooooo old you can’t even get it any more. But if you are looking for an entry-level dSLR then try the Canon EOS 1300D, or it is called the Canon EOS Rebel T6 in US. This newer model also shoots video so if you get this one you probably wouldn’t need the point and shoot I suggest above, just this and your smart phone would be perfect!

It all really comes down to budget and if you are happy with tech. If you are on a tight budget and /or are a beginner and not used to dSLRs then a point and shoot might be a good way to get started. You can always sell it on later to upgrade! 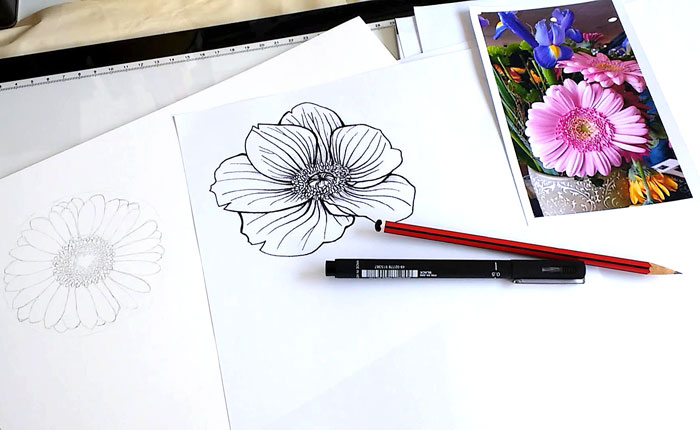 The Cameras I Would Suggest IF You Have The Budget

I will upgrade eventually and I have my eye on a couple of cameras, the Canon PowerShot G7 X Mark II, which you can find under the same name in the US, and the Canon EOS 750D, which is called the Canon EOS Rebel T6i in the US. I only mention these here because if you have the money, and you want to invest in your video making, then it might be worth skipping the budget level and power up to the mid-range.

Other Must Have Filming Accessories

You definitely need a tripod, I do not know what I would do without my tripod. Mine is just a no-frills Hama Star 61 Tripod, which I bought so many years ago, way before I even started blogging, What?! There was I time before blogging? Surely not?! If you are in the US, I could not find the exact same tripod but they had other Hama Stars for you.

Again, I am looking to upgrade to something that can do proper overhead angles, but I haven’t quite decided what to upgrade to yet, it will depend on my studio space really. But shout if you would like some suggestions, I have my eye on some things!

I also use a Joby GripTight GorillaPod Stand, you can get this in the US too, to attach my Canon IXUS to my tripod, so if you are going for my non-budget suggestions then you might not need this. Although having a flexible mini-tripod is really, really useful, particularly for your b-roll footage. This tripod is fine for camera phones but if your second camera is anything heavier than a point and shoot you will need to get a bigger mini-tripod!

So my final video tech solution for the budget-conscious is a lighting solution. You might have noticed that I film my videos in front of a window. I do have some LED lights but natural light is always best. It’s a south facing window so on days when the sun is out and the light is too strong I use a diffusing fabric, you can find it here if you are in the US, which I just thread over the roller blind when I need it.

A massive THANK YOU again for all your support both watching my videos and subscribing to my channel. I hope this behind the scenes has been interesting and useful. Let me know if you would like more!

Come and connect with me:

Dinosaurs On Me Blog Again!