As some of you know I had my first TV appearance on the shopping channel Create and Craft last year and it was as much a surprise to me as it was to you guys! When I first started on this creative journey I had no idea in which direction it would take me and I never thought I would get the opportunity to demo let alone to demo on telly! 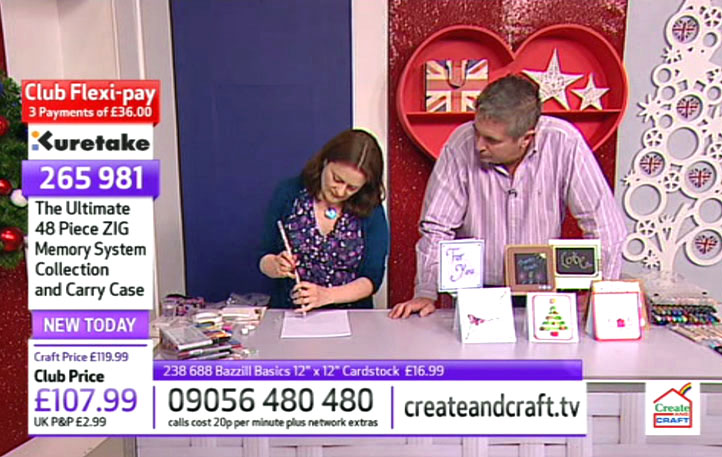 Kuretake asked me if I would like to try out for a guest presenter spot and I thought, what the heck – I’ll give it a go! What have I got to lose – well apart from making a complete noodle of myself in front of folks – but hey what’s new there? I’m often making a noodle of
myself in public!

I made the trip up to Peterborough for a screen test with no idea what to expect and managed to pass the screen test, much to my surprise! I wouldn’t say that I sailed through it as I was really, really nervous but the wonderful Dee Paramour had been coaching me before hand which helped put my mind at ease and with the benefit of her advice I managed
to get through. 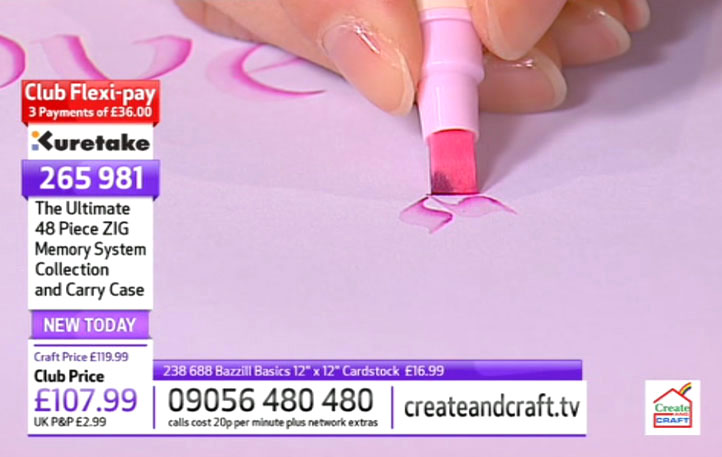 Then the day of the first show suddenly appeared and I was still in a bit of a state of shock that this was all going ahead, so I actually found myself quite relaxed about the whole thing. I was expecting to be a neurotic mess waiting for my bunny in the headlights moment as I stood in front of the camera bumbling incoherently but that never happened.

I turned up the required couple of hours before the show and was soon setting up for my demos and going through the products with the production team and the presenter. My presenter for the show was Dave Bradford and he was so calm, professional and lovely that again I just felt ‘yeah, this is ok, I can do this’! All the production team were great, very friendly and patient with me and as I set up for my show I could see the show currently airing across the studio and that also made it easier as I could see how it all worked. 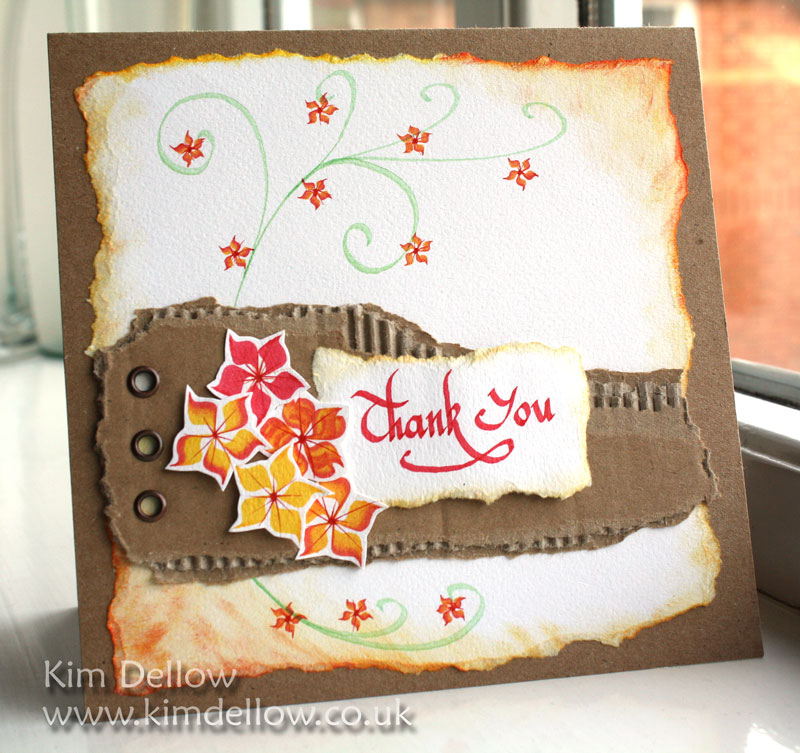 Next thing I knew it was SHOWTIME and I was being introduced by Dave and cameras were rolling. YIKES! Brain keep working – find words – speak! Yay! There were words coming out of my mouth and my hands were steady – phew! Well would you believe it? I was chatting away talking about the products, demoing and having a whale of a time. Totally surprised myself! But there aren’t really that many people in the studio and you kind of forget the cameras are on you and that there might be people watching!

And there were people watching! I had some lovely emails, thank you everyone who took the time to send in emails, it was wonderful to hear from you. I spotted some from fellow bloggy friends too – Shirley and Maxine sent me lovely emails and it was their first time emailing in, so a first for us all. I was tickled pink, you guys just made my day! You really did! Thank you 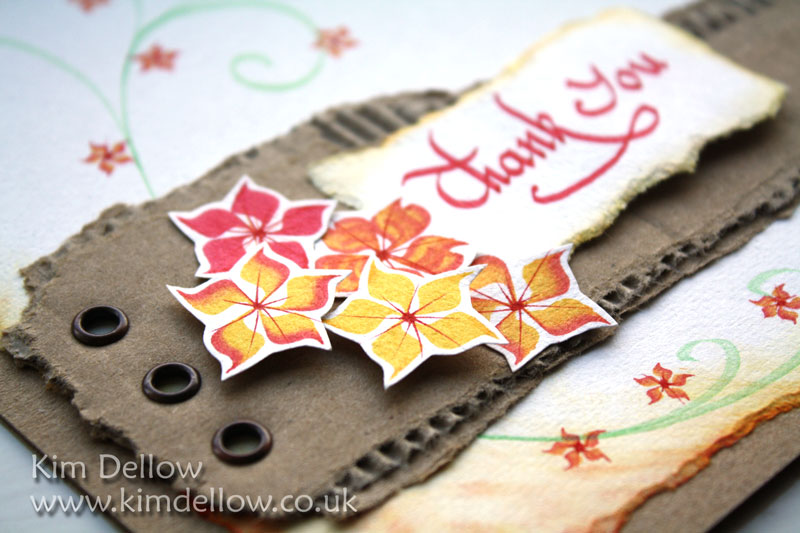 I managed to demo a card in full and the one I made on the show was given away at the end, I did keep it simple as you can see but I really didn’t know how the demo would go and I didn’t want to trip myself up on my first show by over complicating it! I was thinking on my feet for the other demos as the production team asked me to show particular things, but I had prepared for some different things just in case and I’m glad I did.

As I made my way home after the show I told David, my ever patient partner, that I wouldn’t watch the show until the weekend (we had recorded it). Yeah, right! I watched it as soon as I had a cup of tea in my hand and I was sat on the sofa – was that me? Did I just do that? 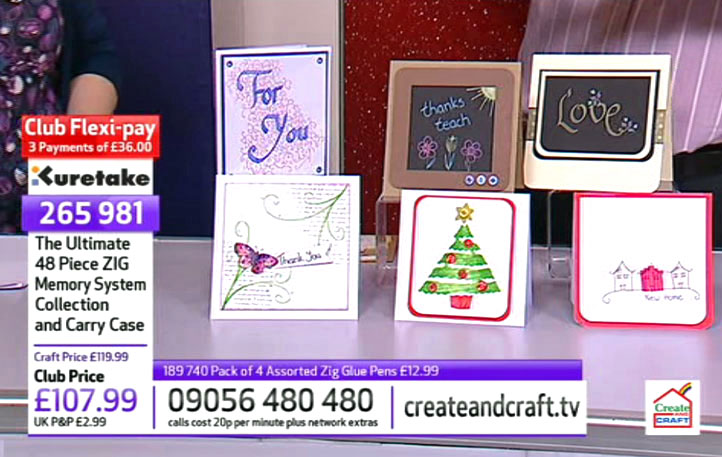 For about a month afterwards I was telling everyone I met about the experience – whether they wanted to hear it or not! I was still amazed that I had done it. I’ve calmed down a little bit now but just wait – I have another show coming up…

Yep, Creative Expressions has given me the opportunity to represent them on a show next Friday and I can’t wait. I’m just designing the makes and demos at the moment, maybe, if I have time
I’ll sneak you some peeks…

So my next Create and Craft show is:
(remember that times can still change)

and can be seen on:

Fingers crossed the nerves don’t kick in this time!