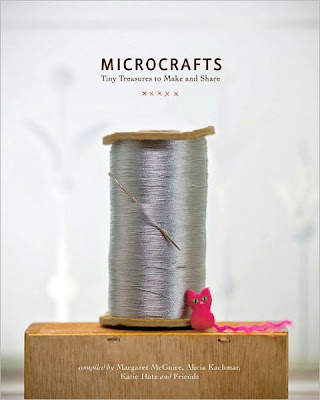 Miniature crafts is quite a big thing (pun was intended) and I often see tiny versions of makes and projects on my hippity hop around the crafty Blogoverse. I’m a bit of a miniature freak and will find myself making those ‘Ooo’ and ‘Ahh’ noises whenever I see something ickle (aka little) and I get drawn into a world where all I can say is ‘Look how small that is’. So when Microcrafts: Tiny Treasures to Make and Share dropped onto my doormat – well, got picked up from my postbox but dropped onto my doormat just sounds better – I was keen to have a play!

Microcrafts: Tiny Treasures to Make and Share has 25 miniature craft projects from a number of different American crafters, designers and Etsy-ers. There are all sorts of different crafts from tiny little felt kitty cats to polymer clay trophy deer heads, they even have some extra ickle paper pieced greeting cards with ickle envelopes for all your miniature greeting needs! 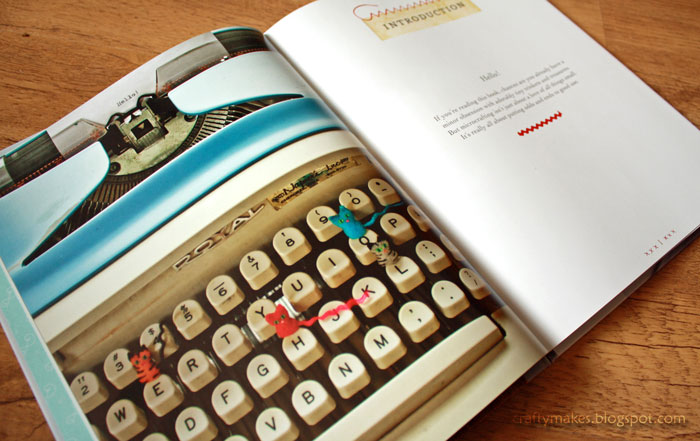 I love the ethos behind the book, which is to use up and recycle all those little bits and bobs that you would otherwise throw out or in my case hoard forever because you can not bear to throw anything away.

The book is beautifully photographed and has a very clear layout with materials list and simple step-by-step instructions, which in some cases can be brief but with a little bit of common sense you will be ok. There aren’t any photos of the making process or steps, just different angles of the finished product. However, there are helpful diagrams for some of the makes. The projects range from the very simple indeed to the ‘might take a little bit more thought and patience’. There are tips nicely sprinkled throughout with templates and patterns
where needed.

I’m not 100% sure who the book is aimed at, but I would think that a craft starter who is into the contemporary crafts would be a perfect candidate, someone who spends a lot of time window shopping on Etsy would probably love this book and of course anyone who loves tiny, tiny things. 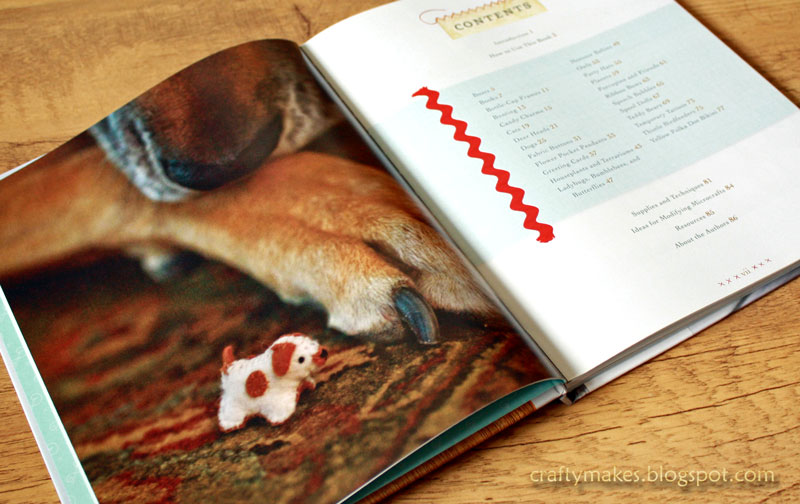 As I read through, there were several projects that inspired me to have a go or kicked up some other ideas in my head, which I think is always a good sign for a craft book. Some of my favourite projects in the book were the Flower Pocket Pendants from Larissa Holland, the Dogs project and Monster Babies from Holly Keller, Hope Watthanahand’s Spool Dolls and the super cute miniature books from Melissa Jacobson but there were plenty others that also piqued my interest!

The resources included the list of authors and their websites at the back which is great, because I always like to see who folks are. There is a resources link list, mostly US-centric, and some further ideas and inspiration as well as a small glossary of terms and techniques which was full of tips for beginners.

Overall I think this is a very cute book; I like the fresh and clean way it is presented, some of the projects were just that side of too simple for me but probably would be great to get kids to play with. If I was going to criticise, it would be to say that I would have liked to have seen crafters and designers from other countries in the mix, not just America. 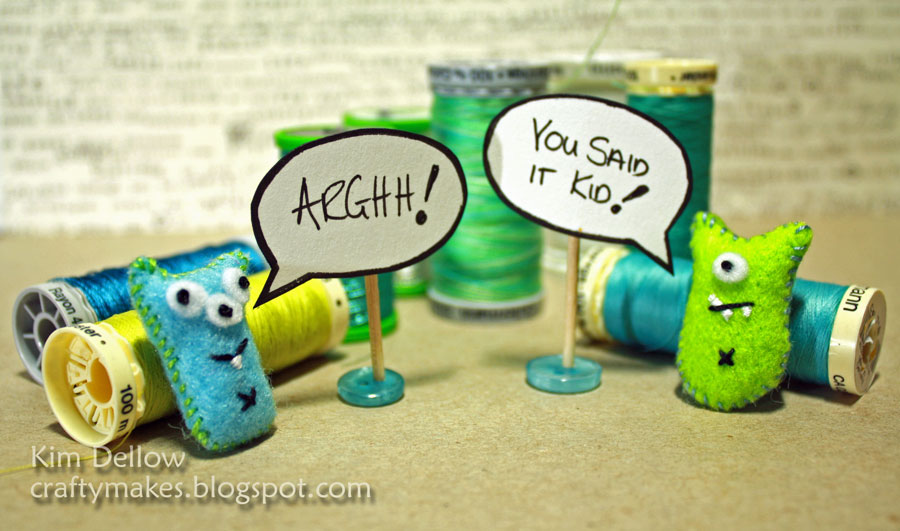 (I tried out a couple of the projects as you can see!)

As far as I know, the book has not been released yet and is due out in early October 2011, you can find it to pre-order on Amazon.co.uk or on Amazon.com so just in time for
Chrimbo, Yes?

(Just so that you know – this book was sent to me by Quirk Books to review. My views are honest, unbiased and unpaid, well other than a free copy of the book that is!)

Show Your Face – Focus On Eyes

AS FEATURED ON: Blitsy – How To Make Colorful Tea Light Holders