My other half loves films, I mean really LOVES films and so we have quite a few DVDs in our flat but surprisingly when it comes to that ‘What do you want to watch?’ question of an evening we are always struggling to find something to put on. So David, the genius, came up with the fabulous idea of going through the DVDs in alphabetical order. We have reached the Gs, we aren’t being strict about it or anything! We did reach the Fs then realise that we had missed out some of the Bs, so went back to the Bs. LOL!

Anyway we have, as I said, reached the Gs which means that we are now currently in the middle of the Godfather films. I had never seen the Godfather films! I don’t know, films about mafia violence with the added disregard for females never really appealed to me but I have got to say that I am really enjoying them, they are very good movies, well the the first two, still to see the third!

How late to the party am I on this one? Bless!

We also watched Good Will Hunting which I had not seen either and is also a very good movie. I would highly recommend this working through your DVD collection alphabetically LOL!

Now what Hs do we have? Mmmm perhaps a certain set of films about a young wizard and his friends, of which the penultimate film is coming out next week – Tee Hee! Not that I’m excited or anything!

Before I go let me tease you with the new stamps coming out from La-La Land Crafts: 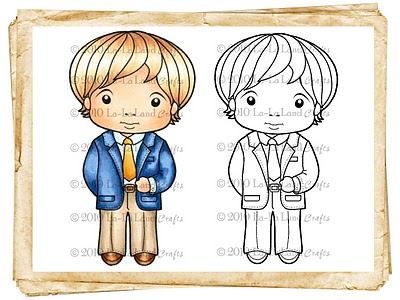 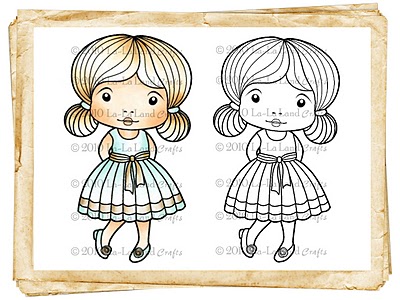 If you can’t wait to have them as rubber you can get them as digi-stamps for a limited time, just pop along to the La-La Lands Craft Blog.

Right off to do some crafting and watch some more movies 🙂